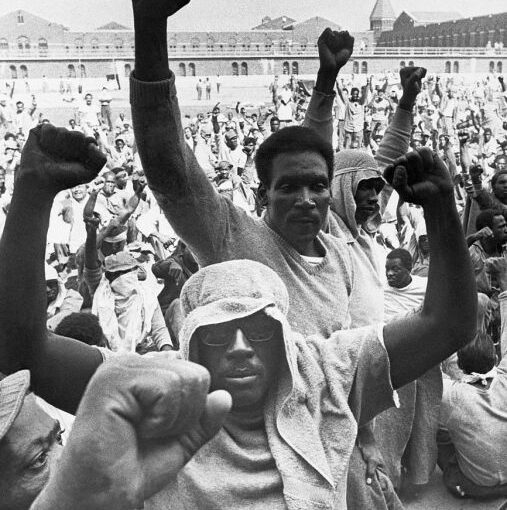 We continue highlighting instances of prison resistance from around the world on the occasion of the 50th anniversary of the Attica prison rebellion.

Canada – On January 4, 2021, around 90 prisoners inside the Saskatoon Provincial Correctional Centre and Pine Grove Correctional Centre in Prince Albert began a hunger strike, demanding the resignation of Saskatchewan’s Corrections and Policing Minister Christine Tell for her failure to prevent COVID-19 outbreaks in jails. Saskatchewan also has one of the highest incarceration rates of Indigenous people, with around 75 per cent of prisoners being Indigenous. Read the letter by Cory Charles Cardinal, a indigenous prisoner justice advocate incarcerated inside the SPCC who organized the hunger strike.

Mexico – Prisoners inside Prison No. 5 (CERSS) of San Cristóbal de las Casas and No. 10 of Comitan went on hunger strike demanding care to prevent the spread of Covid infections. The hunger strikers were members of groups called The True Voice of Amate and The Voice of Indigenous People in Resistance, which also include Tsotsil prisoners. They denounced that indigenous prisoners did not only suffer constant violations of due process without but were also victims of torture.

USA – In June this year, immigrants detained by ICE at Bergen County Jail, North Jersey went on yet another hunger strike to protest the jail’s conditions and to demand that they be released on parole. In retaliation to this and other acts of protest, ICE has multiple times transferred detainees to other states, far from the detainees’ families and without properly notifying their lawyers. Thanks to the years-long commitment of the movement to end the detention of immigrants, in August this year, New Jersey Governor Phil Murphy signed into law legislation that prohibits the state from entering into or renewing local and private contracts with ICE. As the ACLU documented, since the beginning of the pandemic, hundreds of detained immigrants have participated in a growing number of hunger strikes nationwide, seeking protection from COVID-19.

USA – In February this year, more than 100 inmates took over two units of the City Justice Center (CJC), a city-run jail in Saint Louis, Missouri, setting fire and breaking windows. It was the third protest over COVID-19 conditions inside the jail since December 2020. The inmates controlled portions of the jail for roughly six hours before law enforcement retook control. One guard was injured, and those involved were transferred out of the jail.