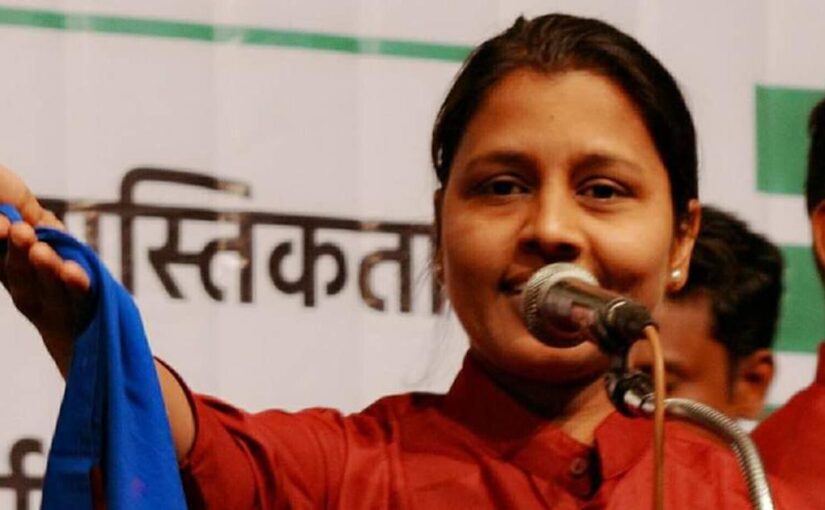 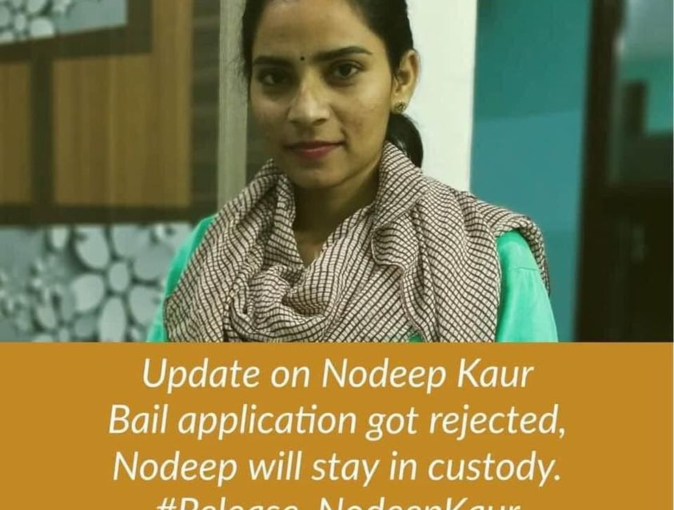 Several protesting farmers, trade union workers, labor rights activists, journalists are now arrested from the protesting sites in India during the farmers protest and sit-ins. Some names we know, most we do not.

Right now the protesting farmers and supporters are barricaded with four layers of barbed wire, nails on concrete, concrete obstacles and other things. They do not have access to toilets and other essentials. Those who tried to cover the protests and police brutality were randomly picked up and taken into custody. One such journalist, Mandeep Punia was arbitrarily detained, tortured and was in custody. While there, he interviewed several jailed farmers and took down notes on his injured arm. Hopefully those reports will come out sometime soon and we will be able to put names on the numbers.

The other prominent person who has been arrested and brutally tortured, ranging from sexual violence to other physical torture, is Nodeep Kaur, a dalit labor rights activist who was picked up on 12th of January. Her bail plea has been rejected. Below is a statement from people campaigning to get her released, issued during a press conference.

From Campaign for the release of Nodeep Kaur:

On January 12th, as the Kisan Andolan continued unabated, Nodeep Kaur, a 24-year-old dalit woman worker was arrested by the Haryana Police from the Kundli Industrial Area adjacent to Singhu Border. After violently dispersing a rally by workers in the area and firing at the gathered workers, the police grabbed Nodeep Kaur, took her to Kundli Police Station, filed two FIRs against her under a wide range of fabricated charges. This was followed by brutal custodial violence by male police officers including targeting her genitals amounting to sexual violence. She is currently in judicial custody in Karnal Jail without adequate medical care.

This arrest comes following the targeting of a workers organisation in Kundli Industrial Area, Majdoor Adhikar Sanghatan (MAS) (workers right collective) which has been at the forefront of forging solidarity between workers and the struggling peasantry at Singhu Border. The numerous worker marches and rallies taken out by MAS in support of the Kisan Andolan ensured that workers of the Kundli Industrial Area were a regular presence at the Kisan Andolan. This support was amply repaid by the peasantry, many of whom aided MAS in ensuring payment of wages to around 300 workers. Fearing a shift in power in Kundli, the Harayana Police at the instigation of the Kundli Employers’ Association launched a vicious attack on MAS, beating and firing shots at protesting workers and arresting Nodeep Kaur. This attack is not only an attack on workers and a trade union but an attack on the growing solidarity between workers and the peasants agitating at the Singhu Border.