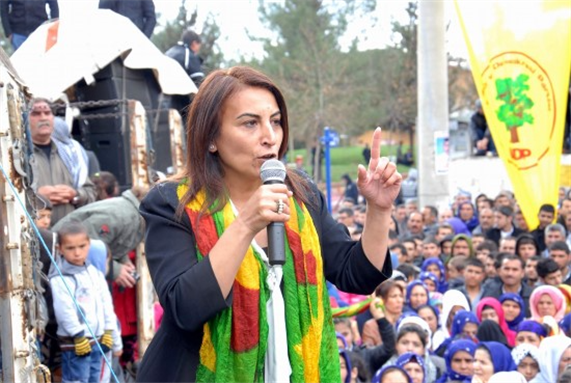 “Among the thousands of Kurdish political prisoners in Turkish colonial prisons, Aysel Tuğluk, who has been in captivity for nearly five years, has been sick and her medical condition requires immediate release from prison, which the Turkish state continues to deny. Her friends report that Tuğluk’s medical condition got worse after the racist attacks during her mother’s funeral in Ankara. Tuğluk’s life, her ongoing imprisonment despite her medical condition, her family’s early experience with torture and death in Turkish colonial prisons, as well as her political activism against the gross human rights violations and torture targeting the Kurds in the 1990s, is one illustrative case of how prisons are central to the continuity of Turkish colonial rule on the Kurds and the historicity of the Kurdish political prisoners’ anti-colonial abolitionist struggles.

Given the historical context of the prison system as a tool of oppression of the colonized populations and suppression of their resistance, although pragmatically tempting at times, an overemphasis on “legality” of activities and organizational affiliation of some political prisoners unintendedly reproduces state-defined bounds of “legal” politics and recognizes the criminalization of others who are involved in state-defined “illegal” politics. Instead of separating “legal” vs. “illegal” resistance, or political prisoners “deserving” and “not deserving” freedom, our focus should rather be on the role of the prison system in the criminalization and punishment of anti-systemic movements. In her several attempts to escape the various Turkish prisons throughout the 1980s, Sakine Cansız, expresses the illegitimacy of the “legal” system that was used to colonize Kurdish populations and criminalize their dissent. Although the concept of “abolition” was not used explicitly in her biographic work, a prison abolitionist politics, developed specifically around political captivity, and articulated more broadly around the illegitimacy of a colonial legal system, has been carried out for decades by the Kurdish freedom movement.”

Read the full article at Jadaliyya.