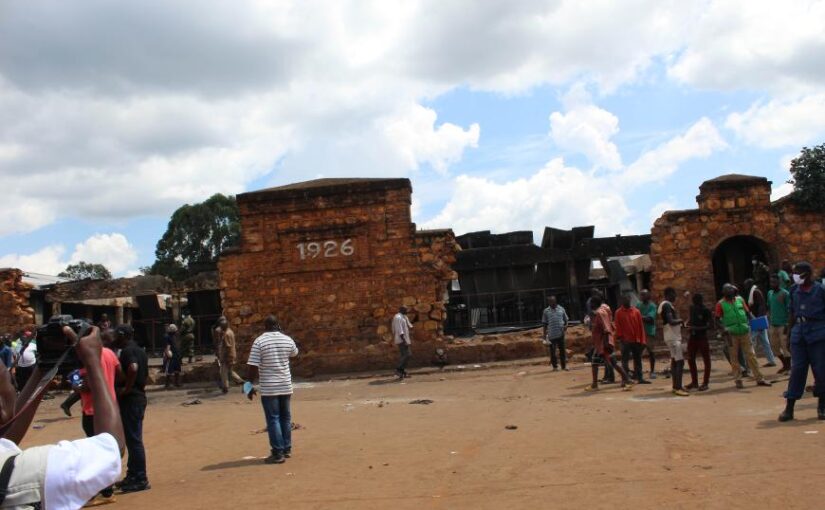 It’s been almost two months since the massive fire in Burundi’s Gitega central prison on 7 December 2021, which killed at least 38 prisoners and injured 69 others. To this date, no proper investigation has taken place by the Burundian government of what caused the fire, and the actions of the prison administration.The numbers and names of the dead and injured are unclear.

One prisoner told Human Rights Watch that for nearly two hours, the prisoners were left to deal with the fire alone. Following the fire, the government buried the bodies in secret, and the families of missing prisoners, some of whom have been unable to complete the mourning rituals, have tried to get answers to no avail.

Just a few weeks before the fire took place, on 18 November 2021, the United States government lifted sanctions that were in place against Burundian officials linked to the 2015 massacre that was carried out against Burundians who opposed the then-President’s move to continue on to an unconstitutional third term — violence that led to the death of 1200 and sent 400,000 fleeing the country. The US State Department said in its  press release lifting the sanctions that the “decision reflects the changed circumstances in Burundi and President Ndayishimiye’s pursuit of reforms across multiple sectors over the past year.“

An article in africanews notes that as of 26 November 2021, “Burundi’s eleven prisons held 12,878 prisoners for a capacity of 4,924, according to the prison administration.”