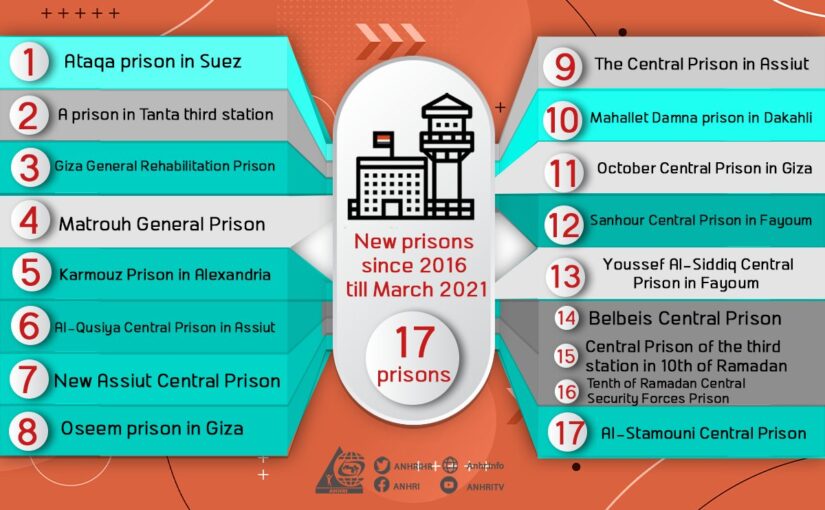 “Egyptian authorities have issued orders to build 35 new prisons in the last ten years, according to a report published by the Arabic Network for Human Rights Information (ANHRI) on Sunday, including six ordered built within just the past three months.

Lawyer Nasser Amin, a member of the National Council for Human Rights, described the rapid escalation in Egypt’s prison infrastructure as “frightening,” telling Mada Masr that it reflects a ramping up in the rate of people being arrested and detained and raises concerns about the conditions in which detainees are kept and the capacity of monitoring bodies to provide the proper oversight.”

Read the full article here or as a pdf here.