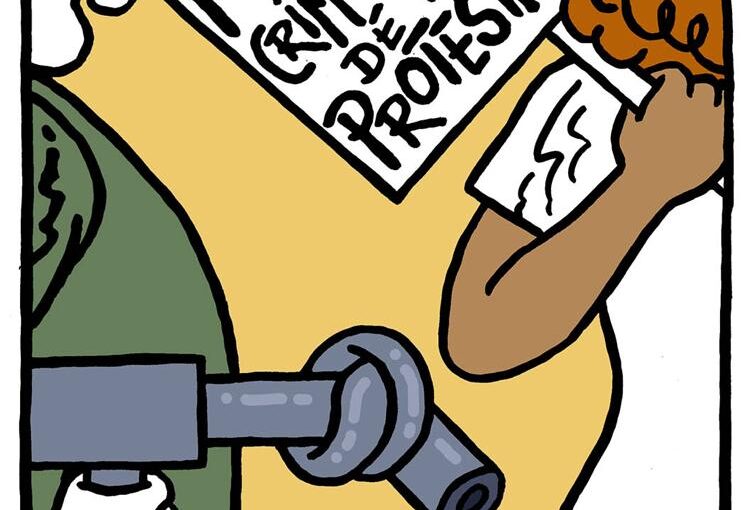 On June 25, a campaign was launched by leftist opposition organizations and union activists, as well as popular and human rights organizations, to demand that the Venezuelan government release hundreds of workers who are currently held as political prisoners. The hashtag #LiberenALosTrabajadoresPresos (Free the Working Class Prisoners) was among the most mentioned on Twitter in Venezuela.

The civil-military government headed by Maduro launched an offensive against the working class in 2014. Since that year, elections have been frozen in important unions such as the Unitary Federation of Oil Workers or the union of the main steel company, SIDOR. Deepening the policy of criminalization of social struggles undertaken by Chavez in 2007, Maduro has deprived hundreds of people of their freedom for political reasons, many of them public sector workers, but also indigenous people, peasants, students and activists from the popular barrios, some placed under a house arrest regime, others facing a regime of court presentations and limitations of movement, and others confined in the dangerous and filth-ridden Venezuelan prisons.

Among the workers who are currently in the condition of political prisoners is Rodney Alvarez, a worker from Ferrominera del Orinoco who has been in prison for more than 9 years without being tried and, therefore, not convicted. In prison he survived an assassination attempt which left him with one hand crippled and has undertaken hunger strikes to pressure for his trial to be resumed.

The Chavista oil workers Alfredo Chirinos and Aryenis Torrealba, were jailed for denouncing corruption in the state oil company, PDVSA. Ferrominera del Orinoco union leader Ruben Gonzalez has been in prison since last year, despite suffering from poor health conditions, for defending workers’ rights. PDV Marina’s worker, Bartolo Guerra, was arbitrarily imprisoned earlier this year for having made claims in defense of workers’ rights before the military authorities. Elio Mendoza, a worker at SIDOR, was arrested by military intelligence officials for sending a WhatsApp message criticizing the government. Tania Rodriguez, illegally fired by the chavista government last year from Ferrominera del Orinoco, was also deprived of her liberty because of the content of WhatsApp messages.

Journalist Carol Romero, was attacked a few weeks ago by the chavista military personnel for recording the repression in a queue at a gas station , in the context of the fuel shortages that ravage the country. Venezuela was still a major petrol exporter a decade ago. Marcos Sabariego, an oil union leader from the state of Carabobo, was arrested in January by the military, while participating in a workers’ assembly, and has been under house arrest ever since. Dario Salcedo, a union leader in the fishing sector, was arrested in April for criticizing on Twitter the high cost of food and the privileges of the chavista bureaucracy, pointing out that a bag of food sold by the government, which would cover a week’s consumption, costs five minimum wages. The chavista regime has imposed hunger wages through repression. Professor Javier Vivas Santana was arrested months ago for writing opinion articles published on the chavista website Aporrea.org.

The campaign that is being launched by a wide coalition of social and political organizations aims to make these cases, and dozens more, visible both inside and outside Venezuela.

From the diaspora, Venezuelan Voices and Venezuelan Workers Solidarity have joined this effort. The promoters of the campaign are calling on trade unions and leftist organizations at the international level to demand that the Venezuelan regime unconditionally release all workers currently being held as political prisoners.